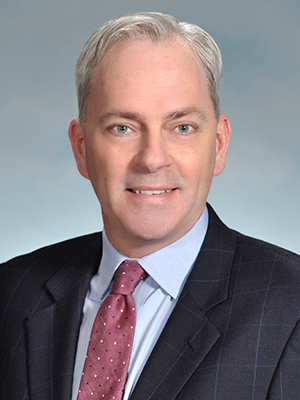 Kevin Hunt obtained a J.D. in 1991 from the Syracuse University College of Law and a B.A. in Economics in 1988 from Washington & Lee University. Kevin has over twenty-five years of experience as a trial attorney. He has conducted hundreds of trial matters, with over sixty to verdict. Another part of his practice is spent representing health care providers and related professionals in matters involving the New York State Office of Professional Medical Conduct and Office of Professional Discipline.

In 2014, Kevin was honored to be inducted as a Fellow in the American College of Trial Lawyers (ACTL). The ACTL is an invitation-only fellowship of exceptional trial attorneys of diverse backgrounds from the United States and Canada. The College selects only those who have demonstrated the very highest standards of trial advocacy, ethical conduct, integrity, professionalism and collegiality. Kevin has also been recognized as a Super Lawyer in the field of Professional Liability Defense every year since 2010 and was selected by his peers for The Best Lawyers of America for his work in Personal Injury Litigation-Defendants.

Kevin has served on the boards of the Central New York Leukemia and Lymphoma Society, Syracuse Meals on Wheels and the Town of Onondaga Assessment Review. He resides in Syracuse with his wife Kathleen and three children.